Play the best online slot, Reactoonz, at N1 Casino. Most popular online games with free mode are available for playing.

Reactoonz is a high volatility slot with a 96% RTP. Being a high volatile slot, you may not secure clusters as often as you want to. However, when you do, the payout is always worth the wait.

Also, when you play Reactoonz online for real money, you are allowed to set wager limits with the Autoplay feature. You can set minimum and maximum limits. This helps you regulate your betting and prevents you from wagering more than you’re willing to lose. 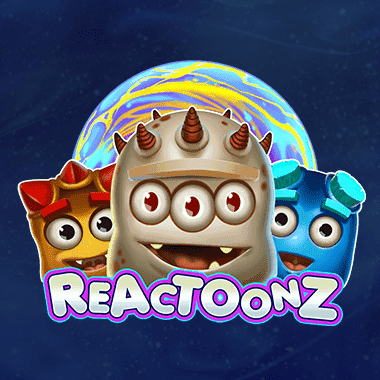 Reactoonz online slot is an alien-themed game created by Play’n Go. This unique slot sits on a 7×7 grid and has only one payline. To win, you have to land a cluster of 5 or more aliens of the same type. And for each cluster you secure, you can make some sort of profit. The bigger the cluster, the bigger your winning.

When playing Reactoonz, you should note that the aliens are not constant. Only the power-hungry Gargatoon seems to be the most constant symbol. Once you secure a cluster of 5 or more alien symbols of the same race, the symbol teleports away. Another alien race then drops from the ‘skies’ to replace it.

With each cluster, the power-hungry Gargatoon at the right gets filled up. Once you collect 25 symbols in any sequence, the Gargatoon transfers the energy stored to the Quantum Leap Meter. This meter has four modifiers namely: Implosion, Alteration, Demolition and Incision. These modifiers each have different effects.

The Implosion modifier transforms 3 to 6 alien symbols on the reels to Wild Symbols. Alteration changes a low-valued, one-eyed alien race to a different symbol. Incision places a Wild Symbol at the center of the grid with the same race of the symbol forming diagonal lines across the center. While the Demolition modifier clears all one-eyed aliens from the reels.

Reactoonz for Free in Demo Mode

As much as we would want you to play with real money, we also advise that you try the demo mode first. And you might be wondering why you should play the Reactoonz demo mode when you can spend the time making real money.

Well, as profitable as real money games seem, you shouldn’t plunge headfirst into any slot game. And this applies to both new and old players. Firstly, you should note that there’s so much fun in playing for free. You get to enjoy the game without making any financial commitments.

Also, the demo mode can be a learning process. For a game like Reactoonz that has a few twists and turns, the game could seem somewhat complex. Especially when you have to activate the Quantum Leap Modifiers. With the demo mode, however, you can learn how to activate bonuses, study the paytable and develop winning strategies.

Play Reactoonz from Mobile On iPhone or Android Devices

What’s more, Reactoonz can be played on both iPhone and Android devices. Once your mobile device is compatible with the N1 casino site and the game is allowed in your jurisdiction, you can access the game from the comfort of your home.